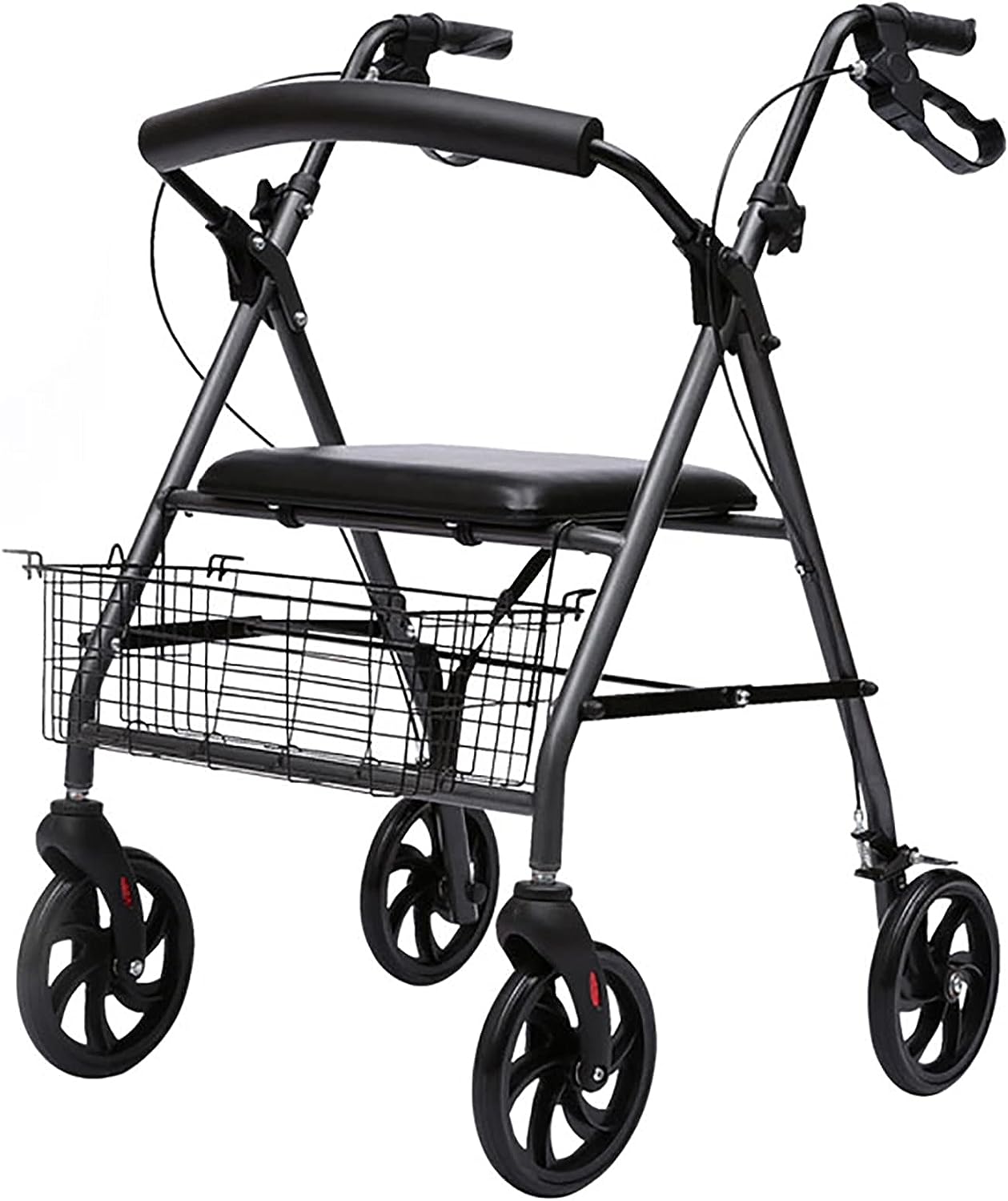 âDescription
Our walkers are dedicated to helping people who are inconvenient to move.Everyone is eager for a convenient life and good things, people with reduced mobility will have stronger inner needs, they want independence and do not want to be a burden on their families. This adjustable folding walker will be your intimate companion!

âFeatures
Cushion seat can be put down during rest
Suitable for the elderly and the adults with limited mobility
Armrest Support Pad to better maintain the balance of the body
Model has an extra wide frame with 20" between hand grips for larger users
The basket can hold the cup, electronic device , note book, newspaper, snack and more
Fitted with a curved padded backrest, this rollator will provide a comfortable and easy-to-clean experience for any user

âNote:
There may be an error of 1-3 cm due to manual measurement.
There may be chromatic aberration due to the difference between the recording lamp and the display. Please refer to the actual product.

State of the Market

Made with ❤ in Minnesota and Massachusetts